I chose the quote “ I am in the position of Louis Pasteur telling doctors that their greatest enemy was quite invisible and quite unrecognized by them.” to dissect and interpret. I chose this quote because it gives insight into McLuhan’s thoughts about both media and himself. 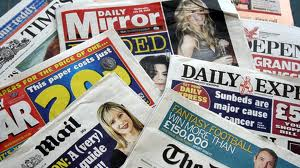 I think that McLuhan is trying to paint a picture for his audience; he’s trying to make his concept of media relatable. He uses the famous and life-changing work of Louis Pasteur in order to sell his image of media. He’s trying to sell the idea that dissecting and analyzing the messages in media is as important and life changing as Louis Pasteur’s discoveries. In this case, I do not agree with McLuhan’s approach towards education people about his theory of media. I’d like to think that this quote is a misrepresentation of McLuhan’s belief and view of himself and his impacts.

McLuhan: Ads are the best part of any magazine or newspaper »
« McLuhan on “The wired plant”